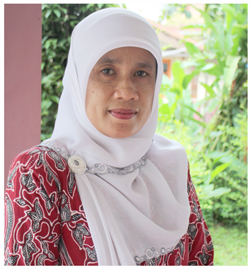 At the Post Graduate Program of Master of Science of Administration (MIA) FISIP Unsoed on Tuesday (21/2), The State Administration Science Department of Social and Political Sciences Faculty held of the Election of head and secretary department for the period 2017-2021.

The elected candidate for Chief of Department is Dr. Wahyuningrat, M.Si., who replaced the old official, Dr. Sukarso, M.Si. And the elected candidate for Secretary of the Department is Drs. Simin, M.Si ., who replaced Drs. Darmanto Sahat Satyawan, M.Si. There are new in this time period, in addition to the election of chairman and secretary of department, also election of study program coordinator for S1 program. The previous period of the program coordinator was concurrently occupied by the department chairman. For this period selected as study program coordinator State Administration (S1) is Dr. Alizar Isna, M.Si and Dr. Slamet Rosyadi, M.Si for Magister Ilmu Administrasi (S2). The handover of the position is planned to be implemented after the end of the term of office with the issuance of a decision letter.

The election shall be conducted by voting, then proceeded by deliberation and by acclamation approving and appointing Dr. Wahyuningrat, M.Si., as Chairman of the Department of Administration of State Administration replace Dr. Sukarso, M.Si., It is expected that the Head of the new Department with the Secretary of the Department can evaluate the existing programs and continue and develop them in accordance with what has been planned so far.